“It doesn’t matter if you’re monster or human. Living hurts.”

Read if You Liked: The Hunger Games, Divergent, The Grisha Trilogy, really any dystopian but with a hint of fantasy

Anyone who’s talked to me about writing or reading in the last months will quickly discover two things: that I am obsessed with book subscription boxes and that I love Victoria (V.E.) Schwab. You will also quickly find out that I am extremely jealous of Schwab because she is only a three days older than me and has already published over a dozen books (insert existential crisis here). I even use her star sticker system to keep myself accountable while writing (why wouldn’t I listen to a woman who writes as  quickly and as well as she does?).

I initially I fell in love with Schwab’s writing through OwlCrate, a fantastically curated YA book subscription box based out of Canada. Last March I was on OwlCrate’s waiting list, so I decided to start reading the books they included in their boxes instead of simply staring longingly at all of their unboxing photos on Instagram (I did that too. Don’t worry). This is how I fell in love with Schwab’s A Darker Shade of Magic, the first book OwlCrate ever sent. That story is one of the most inventive, interesting takes on magic I’ve read, and proof that Schwab is a natural story teller.

So, I was unbelievably pleased to open up my Good Vs. Evil themed OwlCrate this month to find This Savage Song, a new fantasy novel set in a war-torn city where violence literally breeds.

This Savage Song  takes place in the city of Verity, the city of truth. Years prior to the story, crime was so prevalent and monstrous that it literally began breeding monsters. Once a violent act is committed in Verity, monsters are born from that act serving as a physical imprint of the crime. In response to this new terrifying development, two men battled for control over Verity, both believing that their method of dealing with the monsters was the only way to survive. After years of war, the forces of these two men came to a tenuous agreement to divide the city between them like some adolescent brothers’ bedroom.

At the beginning of This Savage Song, the ruthless Callum Harker runs North Verity where Corsai, (animalistic monsters formed out of violent actions) and Malchai (vampiric monsters formed when someone commits murder) run free, and people must pay for Harker’s protection from them in order to live. The idealistic Henry Flynn commands the South and attempts to fight off the invading monsters using his not-so-secret weapons: three Sunai, rare, human-looking monsters formed out of great tragedy such as mass shootings and bombings who use music to steal people’s souls.

However, like most YA fiction, this story is not about those two men, but their children. The story switches perspective between the two protagonists, Kate Harker and August Flynn. Kate, rebellious and hard, tries desperately to prove she is monstrous and cold-hearted enough to be her father’s daughter. August, sweet and broken, tries just as desperately to prove that he is not a monster. August is one of Flynn’s feared Sunai, but the reader finds out quickly how desperately Flynn wants to be human, wants to not have to steal the souls of sinners in order to feed.

The two perspective characters meet while attending school together in the North, both the new kids at a school seemingly protected from the darkness constantly churning within the city. August is sent there to spy on Kate, but Kate discovers August’s secret and hopes to out him to win her father’s favor. However, Kate and August, two products of their fathers’ war, eventually must rely on each other as the fragile agreement to split the city becomes unstable, the lines between good and evil become blurred, and the monsters–both within the city and themselves–become restless.

Ms. Schwab has done it again. I was completely captivated by this dark world, and the duality of her strong characters. Probably the most impressive aspect of This Savage Song  is the theme of seeking truth.  Set in the city of truth (Verity is a synonym for truth if you haven’t caught onto that yet), the story expertly discusses the search for the truth in our world, the truth about the people around us, and the truth we must attempt to discover or fight within ourselves.  As August points out within the novel, “The truth [is] a disastrous thing,” but we learn through the struggles of Kate and August that monsters are not the only thing bred from disaster: hope too can be born.

Schwab does a beautiful job capturing the dark and light within her two protagonists. Although August’s character is probably the most overt example of this (he is literally trying not to “go dark” for the majority of the story), I find that I love even more how she did this with Kate’s character. It was effortless as a reader to fall in love with August early in the story. His battle against something he could not control, against his true nature, is so easy to empathize with because we all know how difficult it can be to not let our own darknesses take control.

However, with Kate, her transformation involves more subtlety, and her demons are not literal. They take the form of haunting memories from  her past which surface as she begins to question her own loyalty to her last name and the man who gave it to her. She too has monsters within her, and just like August, she doesn’t want to believe they are true.

Ultimately, her struggle, like August’s,  is one between the truth she seeks–the truth she hopes to be true– and reality. August wishes to be human , but by avoiding the truth about his physical nature, he becomes an even greater, uncontrollable monster.  Kate seeks her father’s love, but in doing so is blind to the dark reality of her father. In Schwab’s fast-paced, adventurous novel, her complex characters ultimately have to make a decision we all must make at some point: the decision between the truth we want and the truth that is, between the human we hope to be and the monster we know we are.

So what do you think it means to be a monster? To be human? Have you read This Savage Song?  What did you think? Comment below! 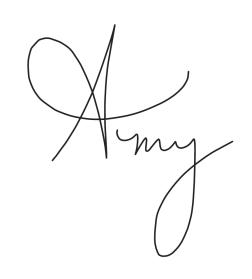 “A Good Place for Men, but a Bad Place for Gods”: Reviewing American Gods

Nothing Ever Truly Dies- Why Deathless Is My Favorite

5 thoughts on “Of Monsters and Men: Review of This Savage Song”